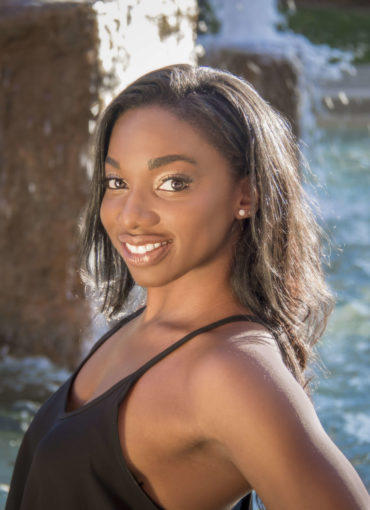 Jazz
Position:Jazz Teacher
Biography:
Demi has been training in dance for 12 years, and teaching for 8 years. She has trained in various styles of dance such as Jazz, Jazz Funk, Hip Hop, Modern, Contemporary, Ballet, Tap, Heels Choreography ,and African-Caribbean. While Attending Oakmont High school Demi was heavily involved in the Dance Program, Choreographing and performing for dance shows, and danced on the Oakmont Dance Team. She also got the opportunity to be a Teacher’s Assistant her Senior year. Demi’s first professional gig as a dancer was performing in the California State Fair on the Step up Dance Crew under the Artistic direction of K.A.S.T Performing Arts. (Keith and Summer Turk 2010.) After graduating high school she continued to perform, teach, and competitively dance in local dance competitions, involved in teaching at workshops such as “Move and Groove” as an Oakmont High guest Alum, danced on competitive Hip Hop Dance Crews within the Sacramento Dance Community such as HijinxDance Crew (artistic direction of Derek Javar 2012-2013), and shared the stage with artists like TOO Short, E40, and Chanel West Coast as opening performances. In College Demi obtained her Associates of Arts degree in Social and Behavioral Sciences from Sierra College. She continued her studies in Dance and Choreography at Sacramento State University and received her Bachelor of Arts Degree in Dance.(2017). While in college she danced on the Hornet Girlz Dance Team (2014-2015) and performed in many dance concerts working and training with influential choreographers such Nolan T’ Sani, Pepper Von, Lisa Ross, and Aubri Siebert. Demi looks forward to continuing her education in the art of dance in obtaining her MFA. Demi has recently fulfilled one of her recent dreams of dancing for the NBA as a professional Kings Dancer for the Stockton Kings the Affiliate team of the Sacramento Kings. (2018-2019 Season)Demi enjoys teaching her students and bringing out their performance qualities and confidence.